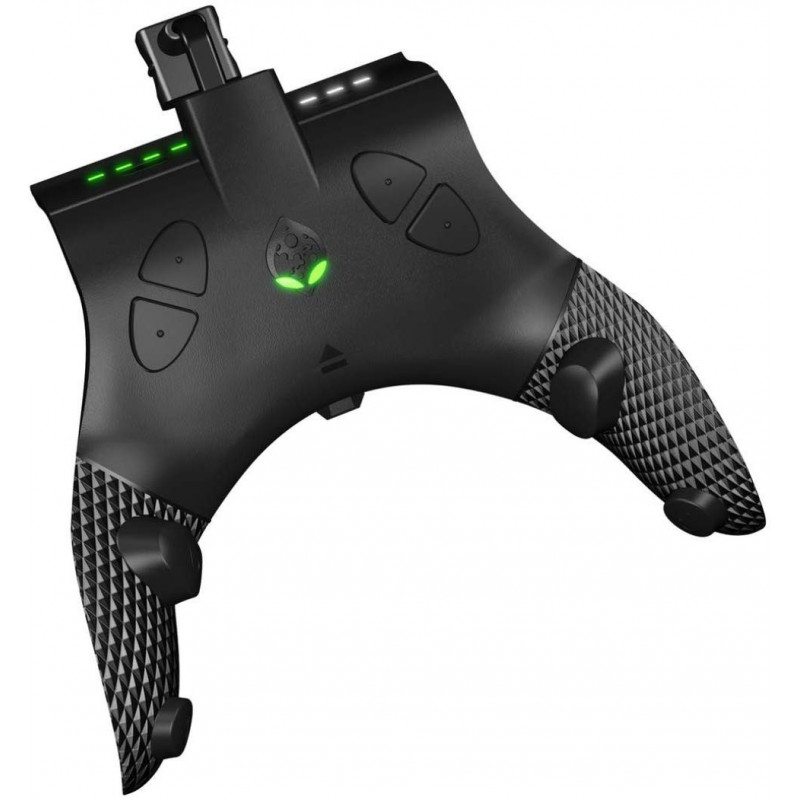 The Strike Pack Eliminator Mod Pack adapter is a striking no compromise evolution of current paddle systems. Buttons, unlike paddles, offer much faster response times and coupled with a wired connection grant the gamer a zero lag environment. The design of the Strike Pack Eliminator Mod Pack gives you the ability to stop playing claw due to superior button placement not available on any other adapter or controller. Finally, our instant mapping system (no software or magnetic keys needed) allows you to fine tune your controller setup while in-game and not through a complicated menu or software solution.

The Strike Pack Eliminator Mod Pack adapter was created with ergonomics in mind. Everything from the height and placement of buttons to the shape and texture of the grip were engineered with comfort in mind. You no longer need to compromise between functionality and extended gaming sessions...with the Strike Pack Eliminator Mod Pack you get both in one sleek package.

* Mod your controller without losing the warranty

The Strike Pack Eliminator Mod Pack adapter adds four cutting edge, hyper response, mappable rear buttons to your standard Xbox One® controller. The ability to keep your thumbs on the sticks, and fingers on the triggers, greatly improves your response time in any game. Gain the competitive advantage you deserve and eliminate your enemy. The Strike Pack Eliminator provides Lag Free gaming via the included 10FT premium braided cable and a Tournament Mode for MOD free mapping on the fly. It is compatible with all standard Microsoft Xbox One controllers. Elite controllers are not supported.

NEVER LIFT YOUR THUMBS FROM THE STICKS

FOUR REMAPPABLE BUTTONS​ – The state of the art button mapping system provides direct mapping of all 16 controller functions including the triggers to any of the four Hyper Response Buttons.
​
DIRECT MAPPING – Each of the four Hyper Response Buttons can be mapped directly and on the fly without the need for magnetic keys or any software interface or app.
​
ERGONOMIC DESIGN – Button height and placement has been rigorously tested and optimized ensuring reduced hand strain and maximized comfort.

PATENTED CONTROLLER TRANSFERABILITY – The patented technology powering the Strike Pack allows the adapter to be transferred to any standard Microsoft Xbox One controller ensuring that your Pro controller upgrade is always at hand.

The Strike Pack Eliminator Mod Pack has a core suite of Digital Mods built right in. Hundreds of MOD combinations are possible and the fact that the mods are digital means that the warranty of your controller is never voided. Built-in controller mods include: HAIR TRIGGERS, RAPID FIRE, DROP SHOT, ANTI-RECOIL and AUTO RUN.

The Strike Pack Eliminator Mod Pack is also compatible with the optional MOD Subscription Service known as MOD PASS. Hundreds of additional and ever expanding GAME SPECIFIC MODS using state of the art MOD technology are available including MODS optimized and designed for FORTNITE, APEX LEGENDS, COD, and many others. Find out more at MODPASS.CA